After Charlie Hebdo, we saw a digital and printed world bustling with righteous rage. Papers, online media, bloggers and Facebook or Twitter users struck defiant byline picture gazes and stood up for a liberal society, for a free press, for freedom of expression, for the value of satire and humor. We see an international civil society defining what is pure and sacred (free press, humor, satire) and impure and unholy (terrorism, fundamentalism, attacks on the free society). But what social realities do these exclamations of moral indignation result in? Perhaps they have undesirable effects. Perhaps even, they have the same effects as the actions of the terrorists themselves.

“The response of the media is more real, a much greater event in society and in our lives than machine guns and murders.”

The societal effects of the Charlie Hebdo attacks

First and foremost the effects of the Charlie Hebdo attacks are the individual tragedies, bereavement, trauma, chock and long lasting sorrow. This should be recognized before we move on.

However, I want to discuss the matter less emotionally and personally. What then are the societal effects of attacks such as these? Here are five effects that we may deduce and rather safely expect:

There you go. The big five.

I assume that the reader can fill in the mechanisms that would be at play in each of these effects: the journalist may think twice about his or her article, right wing populists gain support when public fear and distrust increases, governments can implement greater surveillance with political impunity and so forth.

We live in a time where the media image has become a form of hyperreality, more real in a way, than what goes on in our everyday lives. Somehow, things become more real because they are on TV, in the papers or just viral on Twitter. There are many examples of how media images strangely make things more real than everyday reality. Celebrities seem to have a somewhat godlike glow, they appear more colorful, more powerful, physically bigger and phenomenologically just more salient when they walk into a room. They strike you as MORE.

And of course, we experience ourselves as part of this hyperreality. But to be honest, let’s look at these things concretely. Most of us have nothing to do with all that politics stuff, with that big world out there, in Davos, in Syria, Ukraine, Lebanon or even the passing storm over New York. I’m looking out the window, a calm street is there, The Black Keys are bringing home another brilliant guitar riff on Spotify. Things are quiet, calm. The skies are grey. This is my reality.

Yet I feel myself living in a world full of people I have never met and never will. I partake in crisis, in the ups and downs of the economy. In the raging scientific revolutions that seem to be popping up in every corner at an increasing rate. I know thousands of scholars, artists, politicians and celebrities. But wait a minute. I never actually noticed much of that stuff, let alone really understood them myself. I just have them by word of mouth. Not even that. By word of print and word of screen.

What a strange thing. And the word of print and word of screen seem to come alive, to burst out into the living room like a slimy alien or a pale Japanese girl in a scary movie. They become so real. The things I did yesterday, the party I was at, the snowman I made, the bus ride I took, all these things are not shared, not seen by many.

But those things going on in the papers are seen by everyone. And our social brains make that which is seen, recognized and remembered by the many, that which is touched by gazes of judgement and awe, come out as more real.

The God of Irony

I am not going to bore you with a long list of editorials from last month to prove the point I am now going to make. You can find as many examples as you like, and I bet you can find them in all languages, more or less. What was the resounding, more or less unified, response of media, paper editorials, social media users? It was a condemnation of terrorism and a defense of free speech and humor. We all have to stand up against the bad guys who threaten our free speech.

There are also many notable exceptions, yes. Never mind that for now. But by and large, this was the response. There was no analysis or explanation. There was a sense that that which is holy and sacred in modern society, free speech, had been desecrated. As pointed out already in les formes élémentaires de la vie religieuse (and even earlier, also by Émile Durkheim), we can see the rage that is awakened when that which is sacred is profaned. And we can see the soaring aura of sacredness rise to the heavens as we, with shared moral indignation, create an us-and-them. And this us-and-them, is what makes something sacred in the first place. The greater the sacrifice, the more warm blood that flows, the more innocent that blood is, the greater the sacredness of the institution becomes.

And holier yet, yet more sacred in our postmodern times, is humor, or satire. The Simpsons and South Park mocked society, now being followed by a vast army of stand-up comedians. But who DARES mock the comedian! Who DARES challenge irony! How DARE you! You M****F***ER! That is NOT funny anymore. 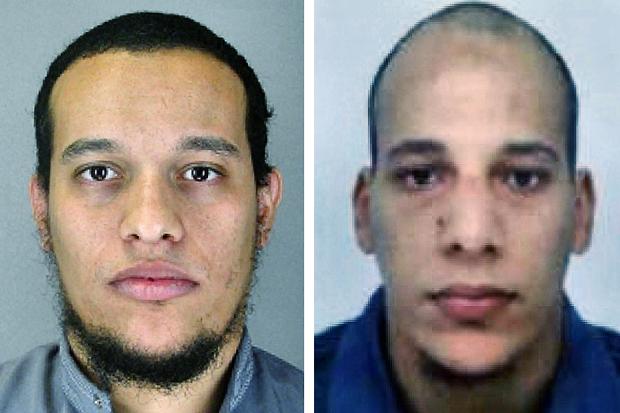 Isn’t there something hideously banal about these young boys? Should we really mystify them and make it a war between our God and theirs?[/caption]

The liberal media are whispering, in unified choir with conservative, populist and racist media: “Since you have profaned our God, we will no longer try to understand you. We will exclude you from our ironic distancing and deconstruction. We will mystify you. We will make you the enemy. We will forget that you are just a confused kid, that your evil is banal, that we are part of the cause as well as the solution.”

“Freedom is not under attack by a lesser deity and its followers. The tragic truth is that our own society structurally produces deep injustice and alienation in a sometimes explosive mixture.”

The effects of liberal media response

So, this “defense” of free speech, rooted deeply in a sense of moral indignation, mystifies and exotifies the terrorists. Freedom is not under attack by a lesser deity and its followers. The tragic truth is that our own society structurally produces deep injustice and alienation in a sometimes explosive mixture.

I leave you with the list of the big five societal effects of the terrorists’ actions. Think about it, would an uncritical condemnation – without analysis, explanation and understanding – not result in these same five effects?

There you go. Five things that terrorists and liberal media have in common.

Who is Charlie, really? If I can profane even the postmodern God, in all His Holy Sarcasm, I bet I am more Charlie than you.